I have turned Miranda out for a holiday, she’s still quite weak and needs to grow before I do too much more with her. She’s been an absolute pleasure to do, to hack and to school, she’s the sweeetest most gentle mare and is also very bold.

Chief is coming along very nicely, he is almost ready to attempt a dressage test and I have bravely entered one, although I am not sure we will cope with the canter yet. He has been the most perfect horse in every way, It’s hard to believe he is 3, he has the confidence and ease of a horse 10 years older. He loves to hack, loves to come in to do things and is just the most easy kind horse that I could wish for. Emma, pictured below, helped break him in. She hacked Chief out for a few days from here when he first came home.

Photo below is Emma on Chief being welcomed home from a hack by Hugo, and also a photo I took one stunning early morning from Chief out on a hack.

The unbelievable Chief is so laid back that he tolerated a Hugo hug!! 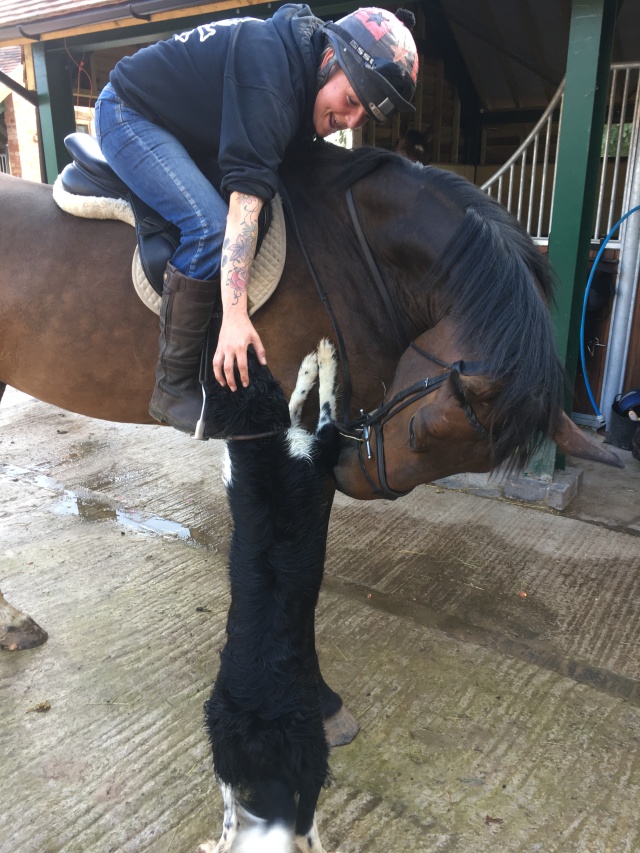 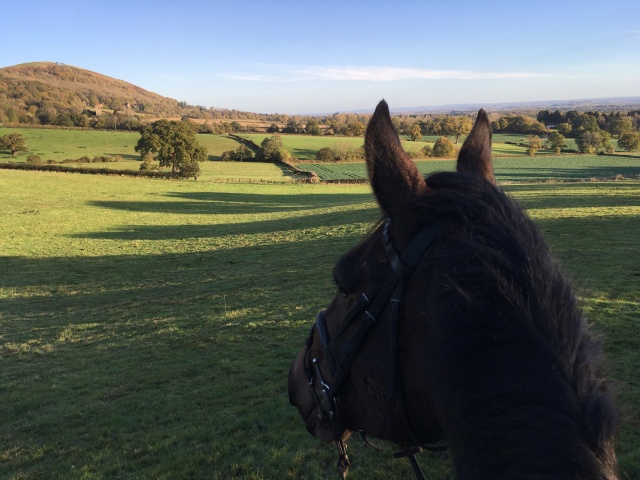 My little orange superstar Dynamo pulled off another 26 dressage at Offchurchbury followed by a double Clear and inside the time to finish 2nd.

He jumped huge in the SJ and was real dynamite XC, extremely bold, quick and very athletic, he only needed mild encouragement from me at the sunken road, this fence had caused so many stops during the day.

I had the best ride on him, he was really flying, I decided to kick on once I knew I was on a fab dressage score. It was really fun to ask him to gallop quicker XC and he loved it, he ended up 10 seconds inside the time, I guess that’s where his TB blood is a huge asset. 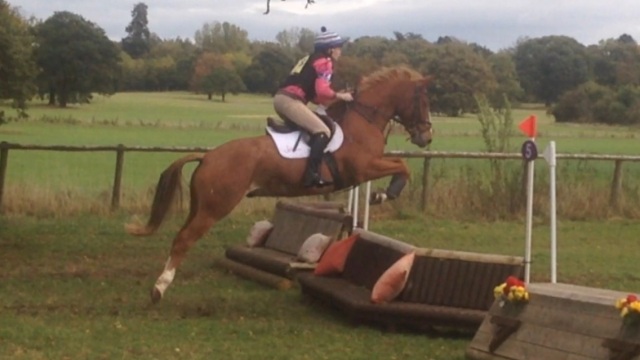 Thrilled to bits with Dynamo on his last two runs.

West Wilts he was double clear round the BE 80 track, a few time faults XC as he’s not ready to go fast, but he did prove he can go XC in sticky mud. Jumped his first bank and was brilliant at all the combination fences, including the water, all of which which were well dressed with bright flowers and trees.

Then the week after at Ledbury Pony Club ODE he again went double Clear, He was really bold XC although I went a bit chicken and took an L fence at the water as the direct route was a large box really close to the water, more of a 90 fence and I didn’t feel he was ready, but then he jumped the skinny alternative so boldly I felt a bit silly doing the chicken route!!

He finished in 10th place and won the best dressage award, had I jumped the direct route at the water he would have won as his dressage score was 26. He did a superb test, he has become really easy on the flat over the last few weeks. I have worked on getting him more forward, plus a better contact as he has matured is giving him a more secure overall picture. I think he is going to be a very solid performer at 90 and 100 next year. He has two more events to do and then is off to join Captain for a couple of months winter holiday. 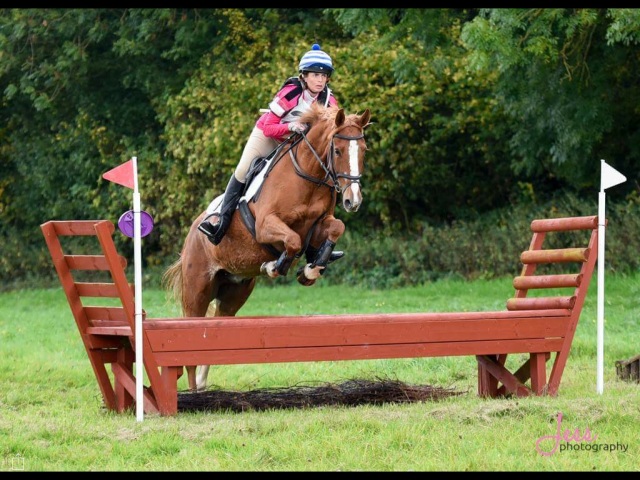 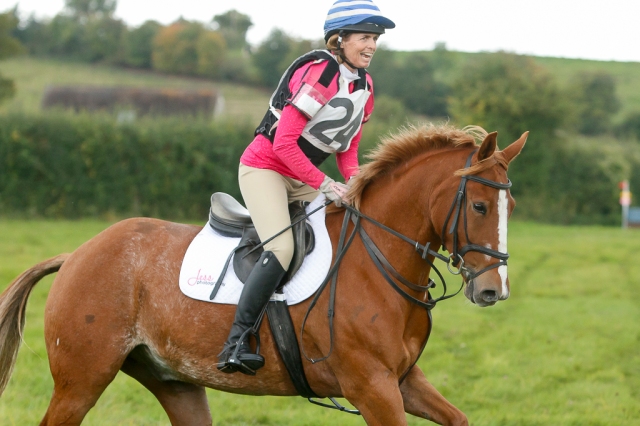 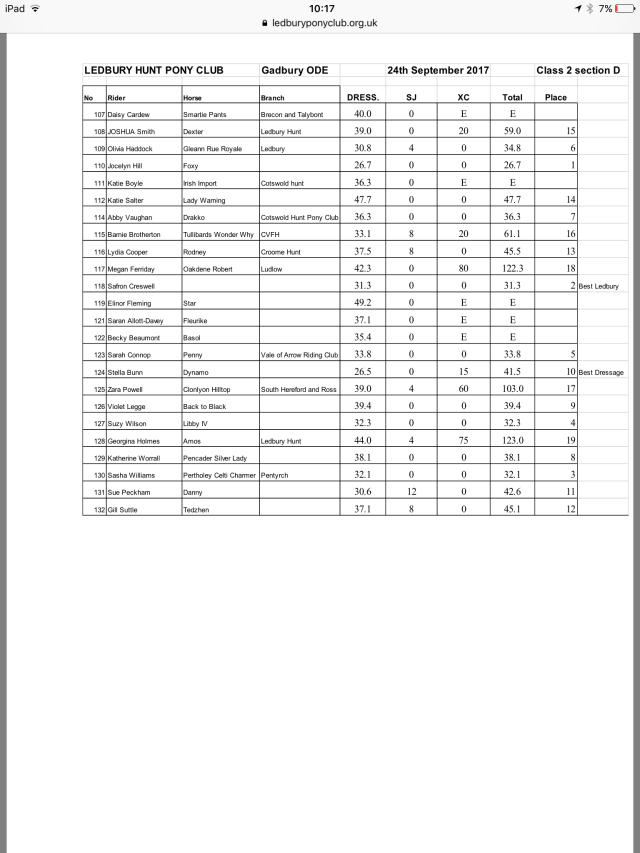 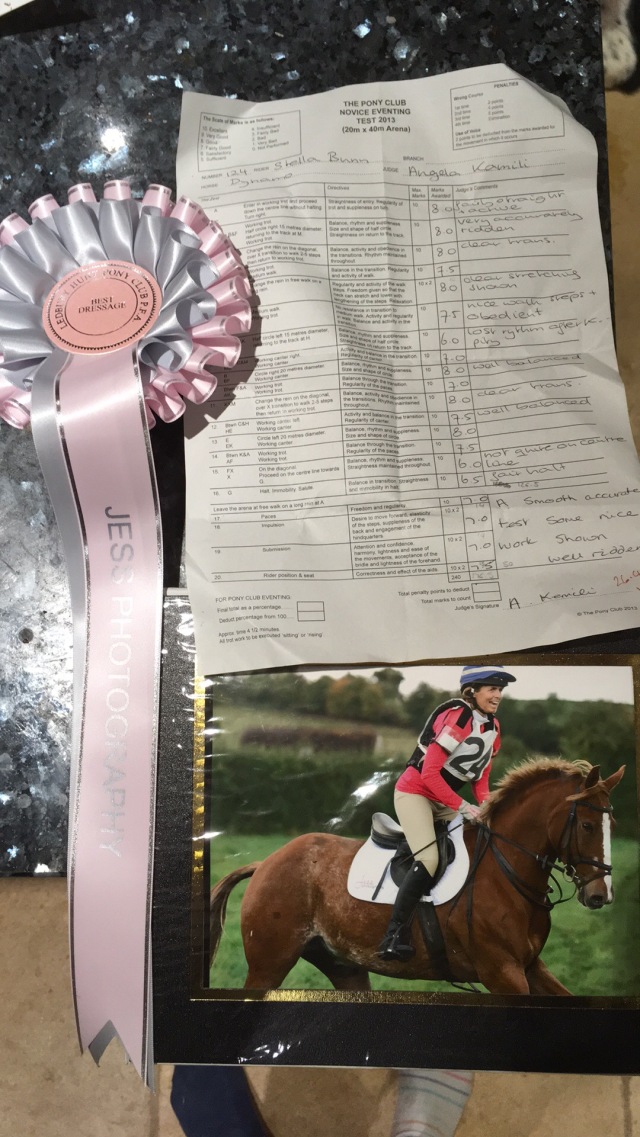